Translation In Prokaryotes And Eukaryotes 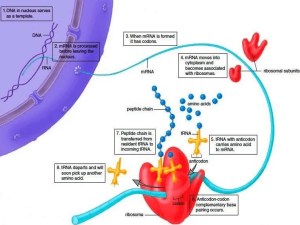 Translation In Prokaryotes And Eukaryotes

Stop codon – last codon of an ORF at the 3’ end which defines the signal termination of polypeptide synthesis. 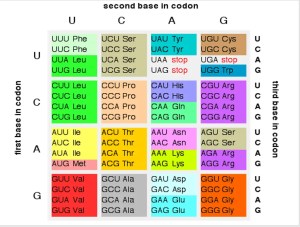 3 modifications for the recruitment of ribosome to mRNA
1) Methylated guanine cap at the 5’ end
2) Kozak sequences:- the presence of a purine 3 bp upstream of AUG and presence of guanine immediately downstream (5’-G/ANNAUGG-3’)
3) Presence of a poly A tail at the extreme 3’ end 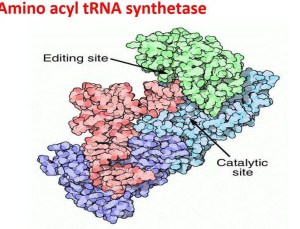 Attachment of amino acids to tRNA 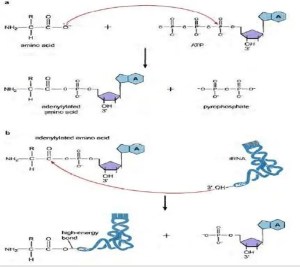 Amino acids are attached to tRNA in two steps
1) Adenylation – Amino acid with the ATP to become adenylated. the carbonyl group of the amino acid is ionized to the phosphate group of AMP by releasing PPi from ATP.
2) Charging – Carbonyl group of adenylated react with 3’OH of tRNA. A high energy bond and the concomitant release of AMP.

Attachment of amino acids to tRNA

ROLE OF rRNA in RIBOSOME 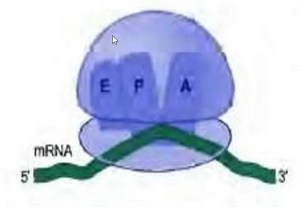 It occurs in three steps
1) Ribosome must be recruited to the mRNA
2) Charged tRNA must be placed into the P site of the ribosome
3) Ribosome must be precisely positioned over the start codon
• The initiator tRNA is charged with N-Formyl methionine in prokaryotes and with methionine in eukaryotes.
• Three initiation factors direct the assembly of an initiation complex that contains mRNA and the initiator tRNA called translational initiation factors.

PROCESS OF INITIATION IN PROKARYOTES

PROCESS OF INITIATION IN EUKARYOTES 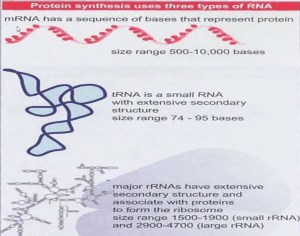 a. Binding of tRNA to the P site

b. Binding of mRNA to the 43S initiation complex

PROCESS OF INITIATION IN EUKARYOTES

d. Association of the small and large subunit

Role of EF G in Elongation

TERMINATION OF TRANSLATION IN PROKARYOTES

TERMINATION OF TRANSLATION IN EUKARYOTES

After the release of the polypeptide and the release factors, the ribosome is still bound to the mRNA and is left with two deacylated tRNA (in the P and E sites).
• To participate in a new round of polypeptide synthesis, these mRNA and the tRNA must be released and the ribosome must dissociate into small subunit and a large subunit.
• Collectively these events are termed as ribosome recycling
• In prokaryotes, a factor called ribosome recycling factor (RRF) cooperates with EF-G and IF3 to recycle ribosome

Antibiotics arrest cell division by blocking the steps of translation