We can define to cell separation as sorting or isolation of cells (homogeneous population) from a mixture or sample. Cell separation is an important tool which used in clinical, biotechnology, and research work, many physical methods are used today. in physical separation, a cell sorted on physical properties-

cell separated by this method on basis of cell size and its sedimentation velocity. centrifugal elutriation the most advanced technology based on centrifugal force. a centrifuge used the sedimentation principle for work witch create to denser substances to sorted out along the radial direction 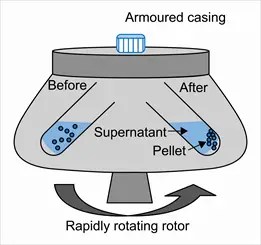 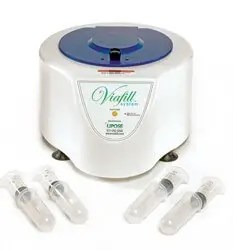 Is a powerful technique witch sorted to cells on basis of differences that detected by light scatter example cell size or by fluorescence emission example by penetrated RNA, DNA? the method includes single cell stream passing through laser beam so that the light witch reflected by cells detected by a detector and recorded this data. two instruments are used for fluorescence-activated cell sorting

that mainly applied for clinical purpose and in biotechnology used for library screening or strain development. used in protein engineering and screening for protein overproduction,  for cell sorting that is true “what you screen for than you get it” that help in the development and design of analytical methods