Ans: B lymphocytes, the cells that produce antibodies, were so-called because in birds they were found to mature in an organ called the Bursa of Fabricius. In mammals, no anatomic equivalent of the bursa exists, and the early stages of B cell maturation occur in the bone marrow. Thus, B lymphocytes now refer to bone marrow-derived lymphocytes. 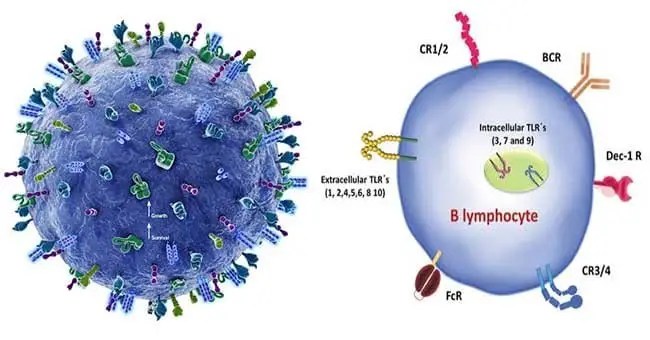 B cells are found in the germinal centers of the lymph nodes, in the white pulp of the spleen, and in the MALT. B cells perform two important functions:

The major subsets of B cells are follicular B cells, marginal zone B cells, and B-1 cells, each of which is found in distinct anatomic locations within lymphoid tissues. Follicular B cells express highly diverse, clonally distributed sets of antibodies that serve as cell surface antigen

receptors and as the key secreted effector molecules of adaptive humoral immunity. In contrast, B-1 and marginal zone B cells produce antibodies with very limited diversity. 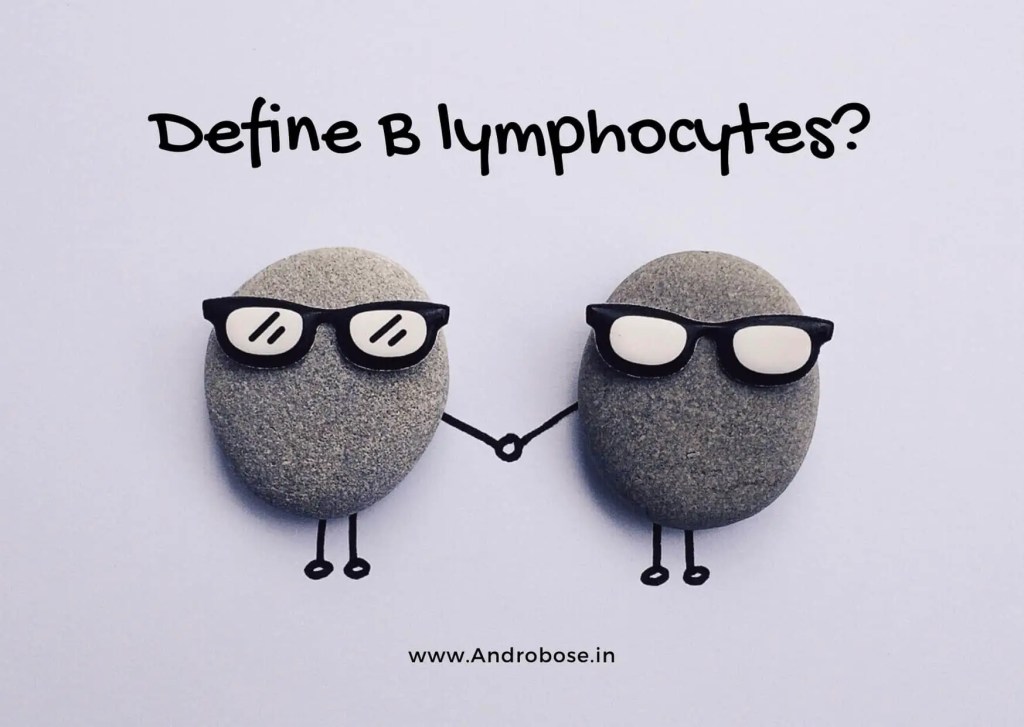 Origin of B cells

B-cell development begins in the bone marrow with the asymmetric division of an HSC and continues through a series of progressively more differentiated progenitor stages to the production of common lymphoid progenitors (CLPs), which can give rise to either B cells or T cells. Progenitor cells that remain in the bone marrow become B cells. B cell precursors, during embryogenesis, first proliferate and develop in the fetal liver. From there, they migrate to the bone marrow, the main site of B-cell maturation in the adults. The Pre-B cells have only µ heavy chains in the cytoplasm but do not have surface immunoglobulin and light chains. Pre-B cells are found in the bone marrow, while mature B cells are found in the circulation.

According to clonal selection theory, each immunologically competent B cell possesses receptor for either IgM or IgD that can combine with one antigen or closely related antigens. After binding of the antigen, the B cell is activated to proliferate and form a clone of cells. Selected B cells are transformed to plasma cells that secrete antibodies specific to the antigen. Plasma cells synthesize the immunoglobulin with the same antigenic specificity as those carried by activated B cells.